Last Wednesday I was very kindly invited to the launch of wedding and celebrity photographer Jenny Mccarthy’s wedding candle in The Grafton Suite in The Westbury hotel in Dublin. 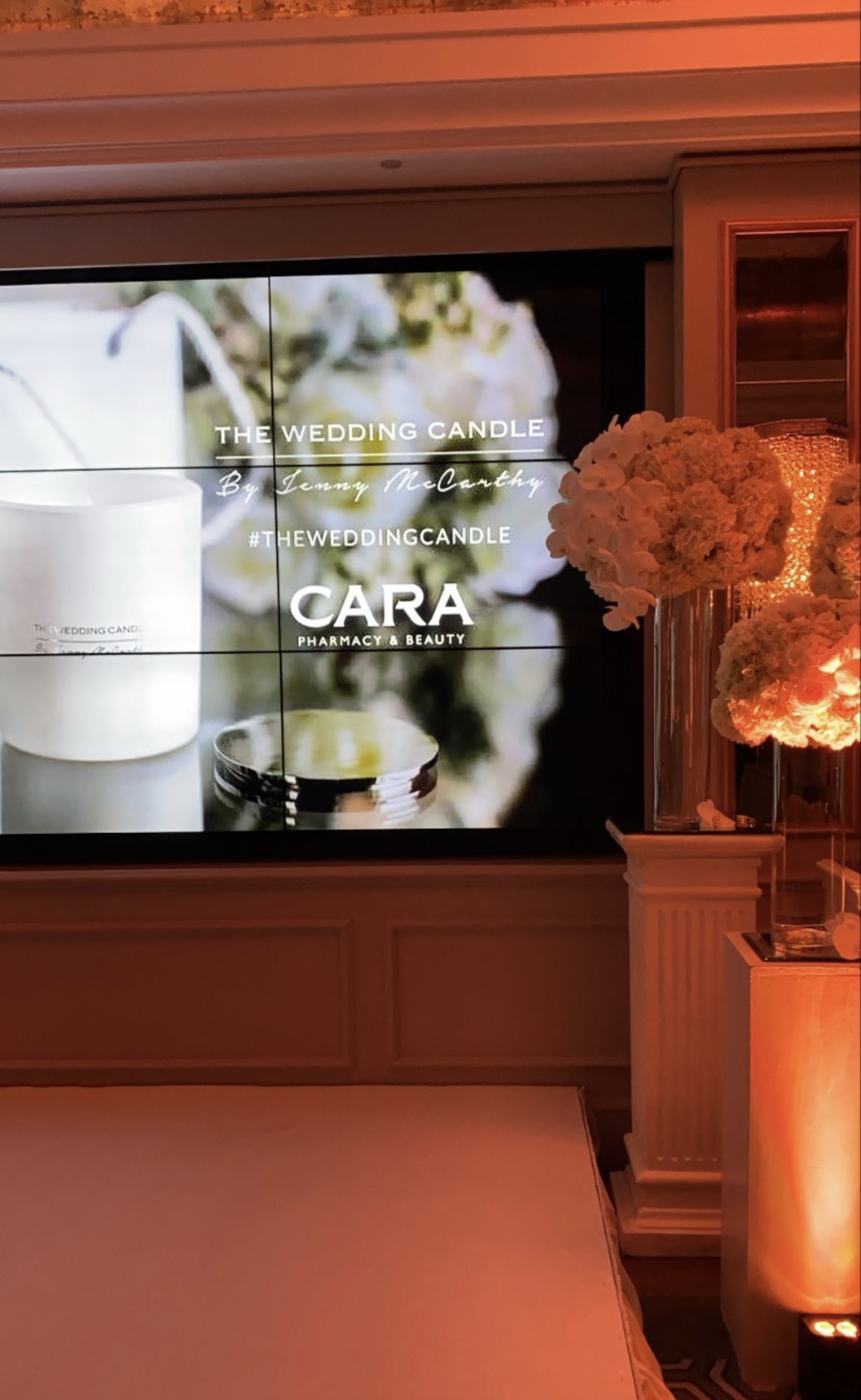 As I had a plus one, I brought one of my closest friends with me which gave us a chance to catch up with each other and have a laugh! Before the event, we decided to go to Balfe’s which is just under The Westbury for some food and drinks as we hadn’t seen each other for awhile but when we sat and got talking, it was as if we had seen each other just yesterday haha! We both got the burger and a lovely glass of Prosecco which I 100% recommend if you ever find yourself looking for a cosy restaurant that’s central to some of the cities top attractions! 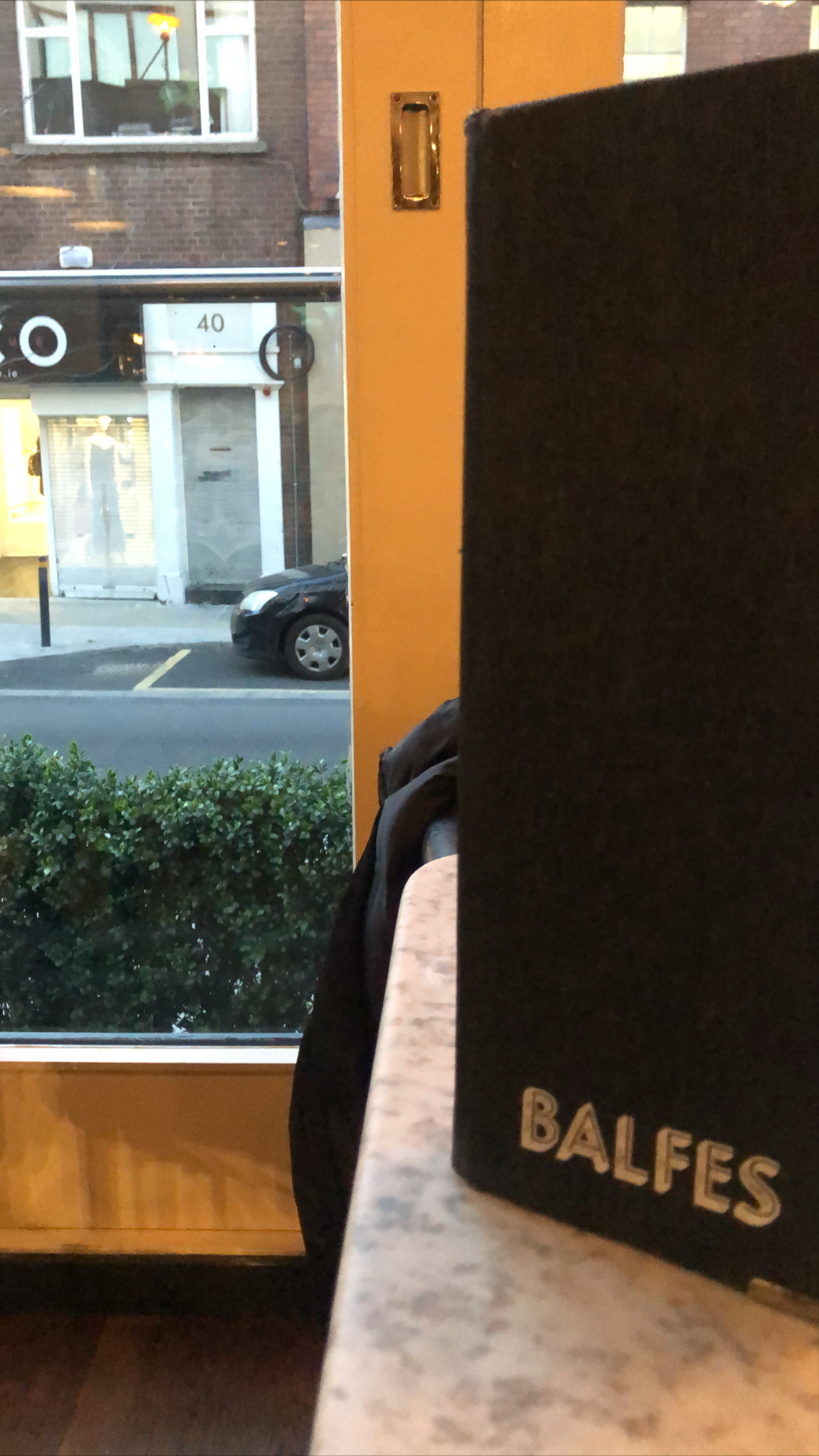 The event was attended by some of Jenny’s closest friends and members of her family with her husband, Virgin Media weatherman and presenter Martin King hosting the night as well. The chemistry between Martin and Jenny was adorable as he made little jokes about their utility room being full of candle samples and drawings of the packaging dotted around their house which their kids, who were also in attendance, could agree with. Martin also thanked Cara Pharmacy owner Ramona Nichols for working with them and stocking the range in her pharmacies around the country.

Guests on the night included Martin’s Virgin Media colleagues including Alan Hughes and his partner Karl Broderick, model and actor Karl Bowe and his gorgeous girlfriend as well as dancing with the stars power couple Kevin Kilbane and his fiancé Brianne Delcourt as well as a host of who’s who in the PR and entertainment worlds. 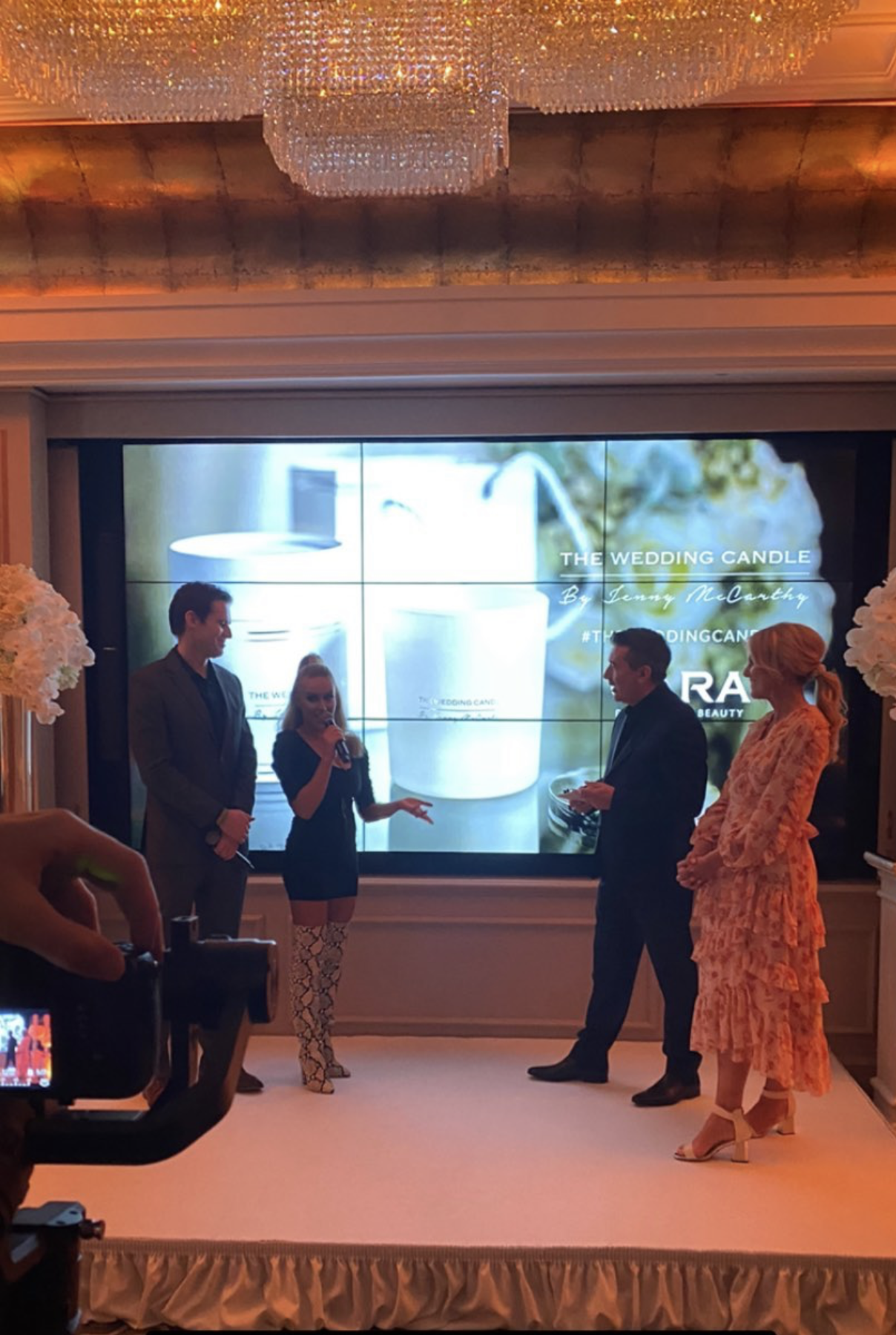 Jenny said the idea for the candle first came to her five years ago and made sense given the work she does in the wedding industry and how magical the atmosphere is when she’s with brides on their big day. She went on to say that the box is cylindrical to symbolise unity similar to that of a wedding ring and that this is the first in what will be known as the ‘Jenny McCarthy range which is exciting!

The candle is lime and basil scented which gives the room that nice, crisp and clean smell while also giving that relaxed feeling which is perfect for any bride on her big day! Jenny’s goal was to bring something bespoke and luxurious to the market at an affordable price.When purchased, the candle comes with a gift bag in which to present it to the bride/parentsd of the bride/groom and symbolises the act of giving a gift which I think is sweet.The candle is topped with a weighted silver lid which can be engraved which adds that extra little bit of sentimentality on the day. The candle is priced at 34 euro and can be purchased through Cara pharmacies nationwide. 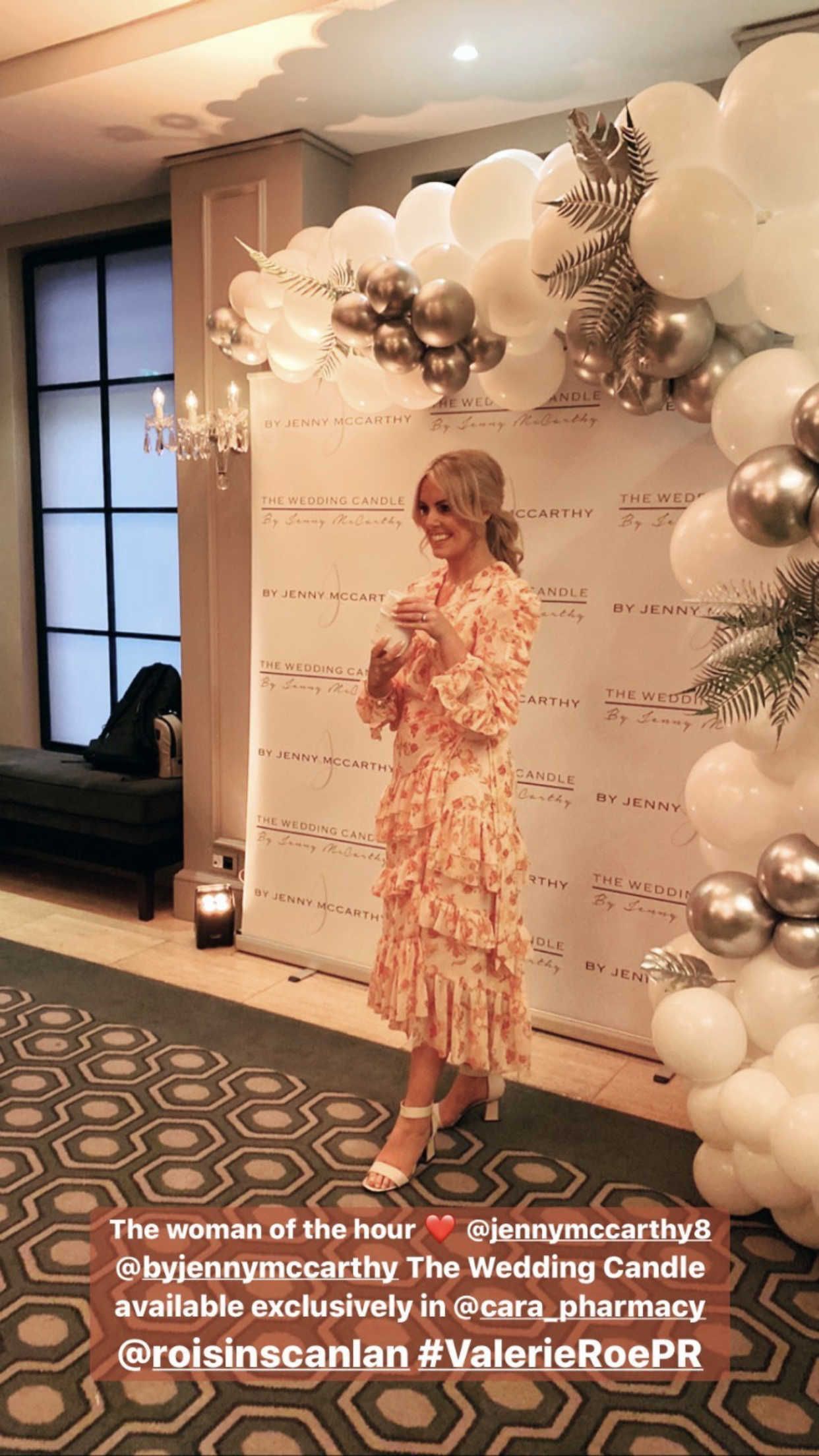 I’d like to say a massive thank you to Valerie Roe and Roisin Scanlon for inviting me to this lovely event. One of my goals when I started blogging was to create content good enough that I would be put on Valerie’s event invite list which I’m happy to say has finally paid off!