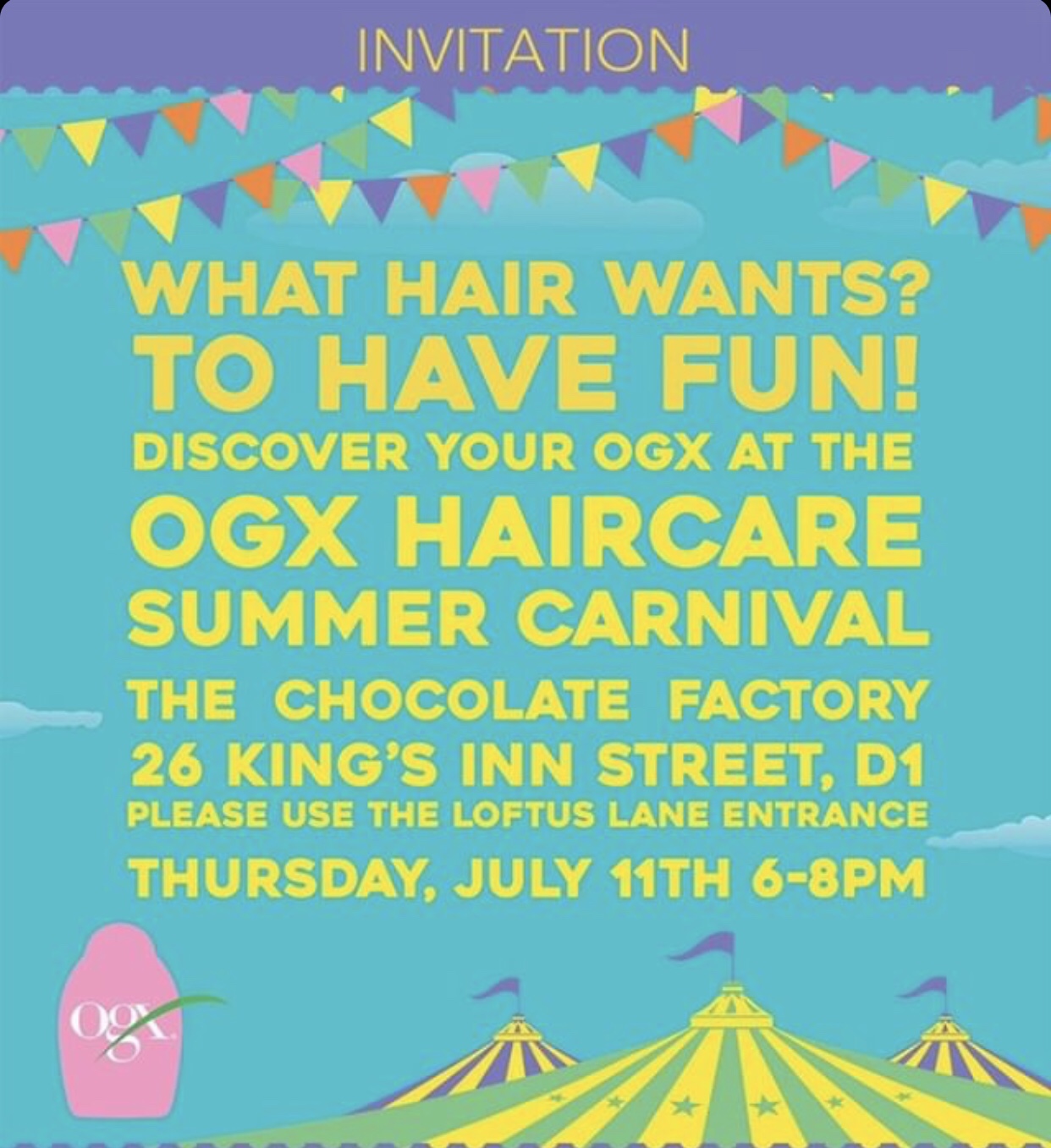 This weeks post is all about the OGX Haircare Summer Carnival Party which was held in The Chocolate Factory situated just off  Parnell Street in Dublin. 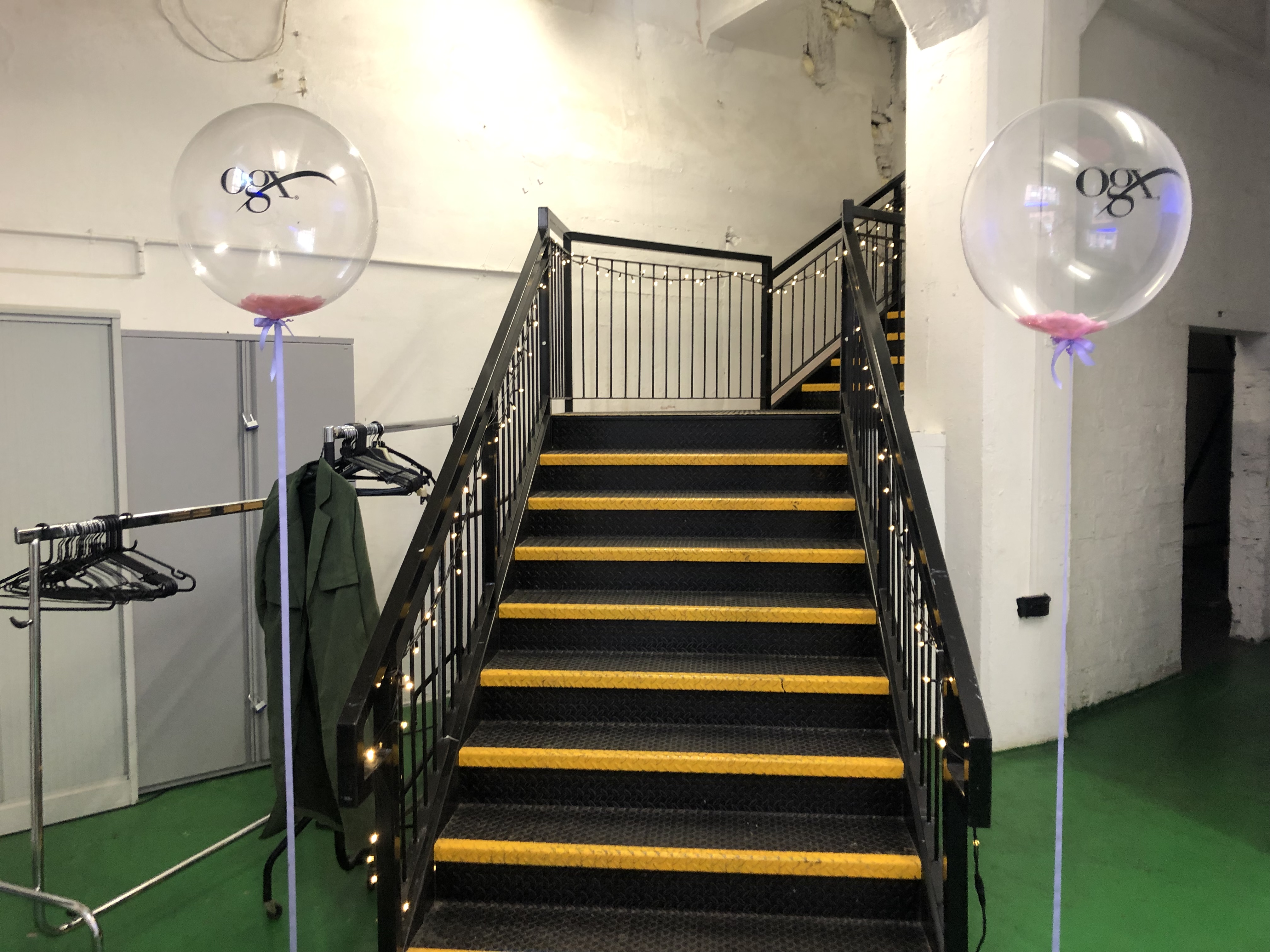 When I arrived into the bright, light and industrial chic main events space in The Chocolate Factory the room was full of the fab sounds of glam queen and DJ Tara Stewart’s set which was jam packed with holiday vibes and harmony. Tara’s set was in front of probably the biggest balloon wall I’ve ever seen!

The event was held at the right time bringing that holiday feel to the balmy summer evening as well as a kaleidoscope of colour and tons of its bubbly personality!

Guests could get their hair tended to at the OGX Braid Bar by renowned hair stylist Trudy Hayes who helped guests discover the full OGX from the range of exotic ingredients which filled the room with the exotic scent of orchids and coconuts!

The distinctively festival themed night included a candy floss machine and popcorn for guests carnival holiday theme kicked off with a candy floss machine and games such as hitting coconuts off of posts with a tennis ball (which is a lot harder than it looks) but by the far the coolest part of this event wad the Aerial Cirque’s Ria Murphy performing her majestic twists and twirls from silks hanging from the same ceiling that captured the sweet aromas of chocolate and special ingredients back in the venues former life and believe me guys, when I say I was tempted to get up there and have a go, I had to distract myself from causing various injuries and what would probably be the most iconic hospital admissions report ever haha! 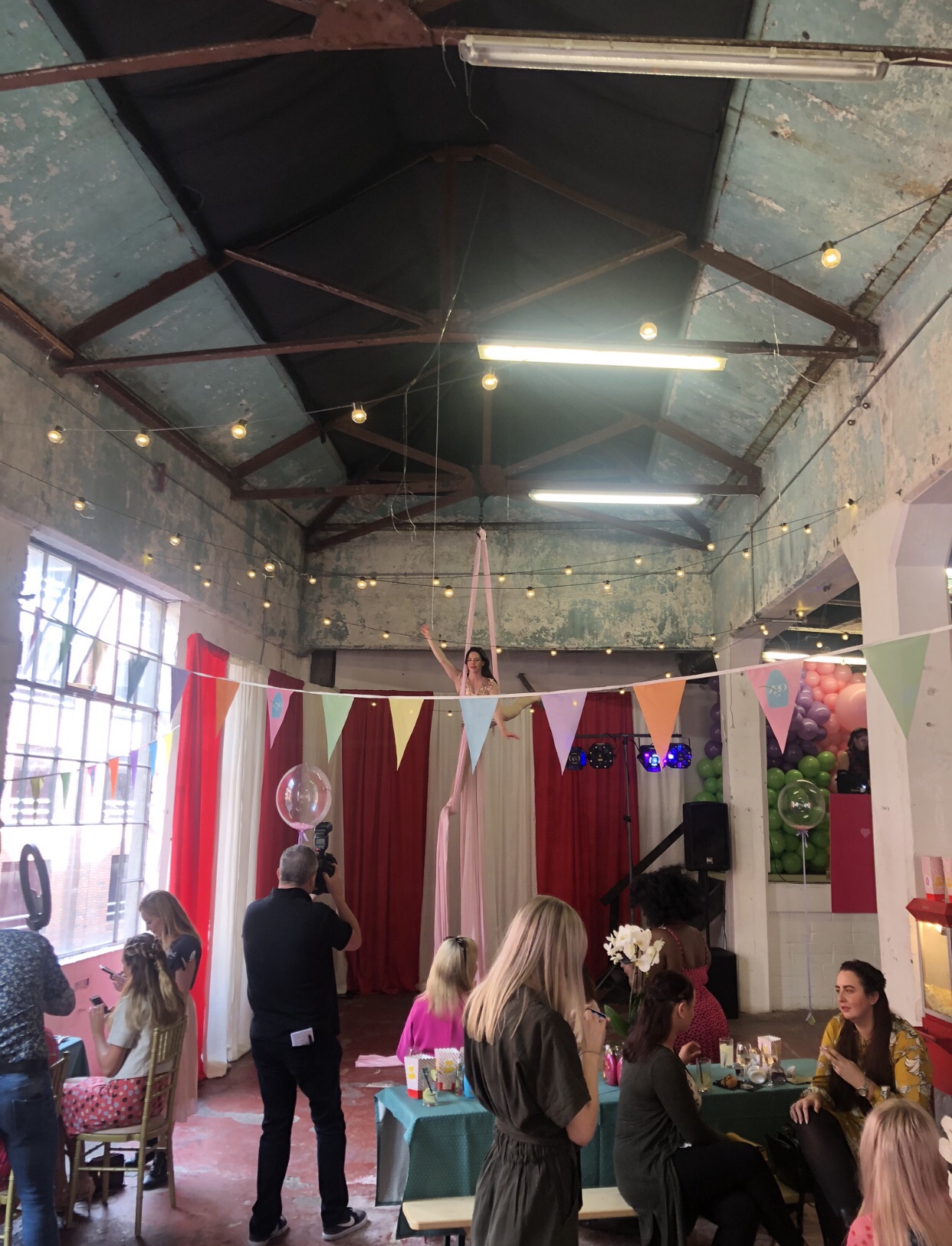 The minute I walked in I channeled my inner magpie and headed straight the magic mirror station in the corner and took what can only be described as some of the most iconic photos with friends ever and of COURSE I had them emailed to myself so I could share them with you lovely lot! 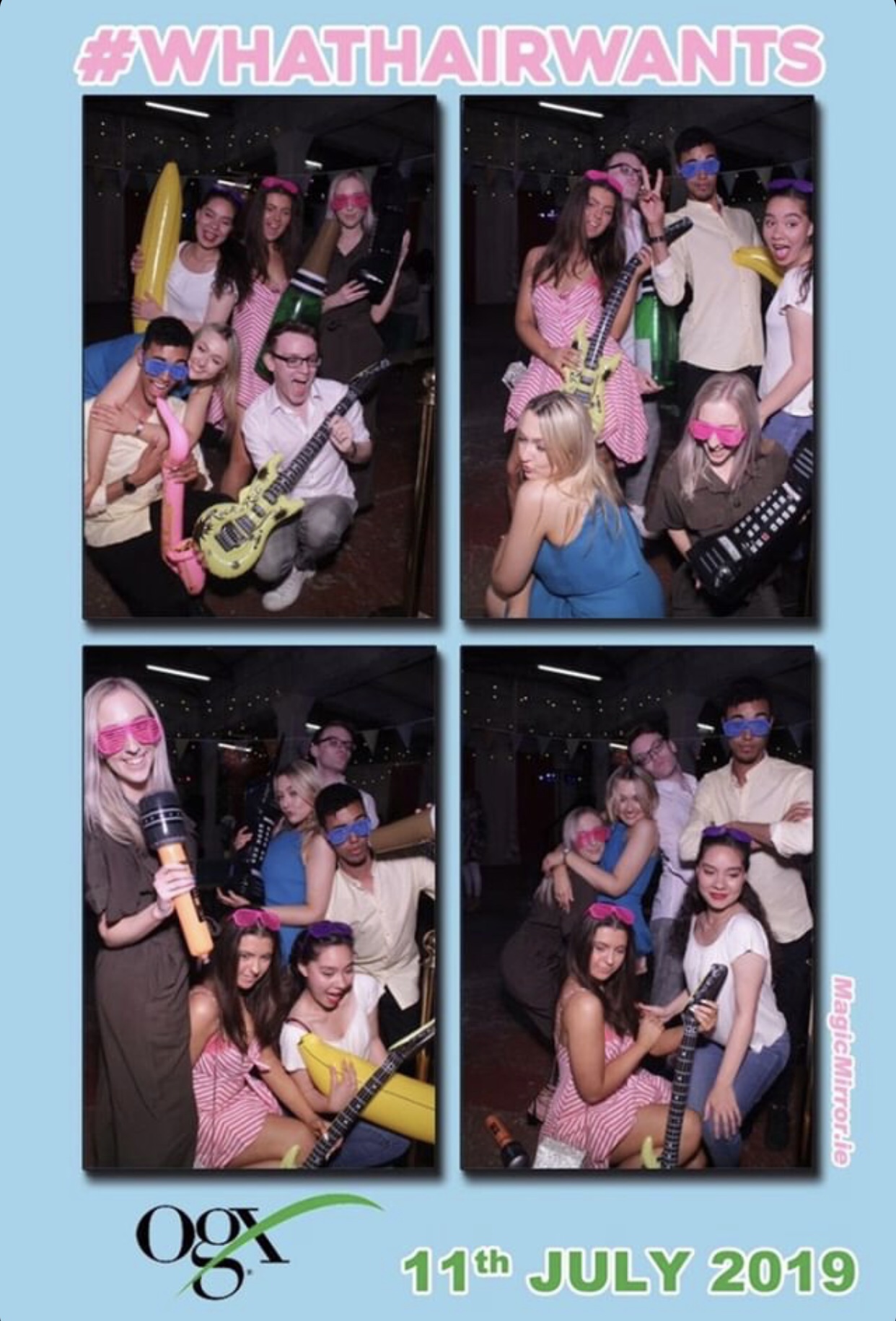 I had a lovely but brief chat with model and all round lovely guy Karl Bowe who filled me in on some exciting projects he’s got in the pipeline as well as my good friend Nadine Reid who you may recognise from her recent Stellar Magazine cover shoot where she bagged the title of being the first plus sized lady on the front of and Irish magazine which is an INCREDIBLE title to have!

Nadine and Karl were joined by socialite and former star of the ICONIC Dublin Wives series Roz Flanagan, Event supremo and blogger Nirina Plunkett, author and presenter Diana Bunici, model and former Love Island star Shannen Reilly McGrath and socialite Gail Kaneswaran (who’s brother was a member of quite a popular boy band back in the day).

After the event, guests were given an OGX goodie bag of FAB fragrant hair care treats from the range. 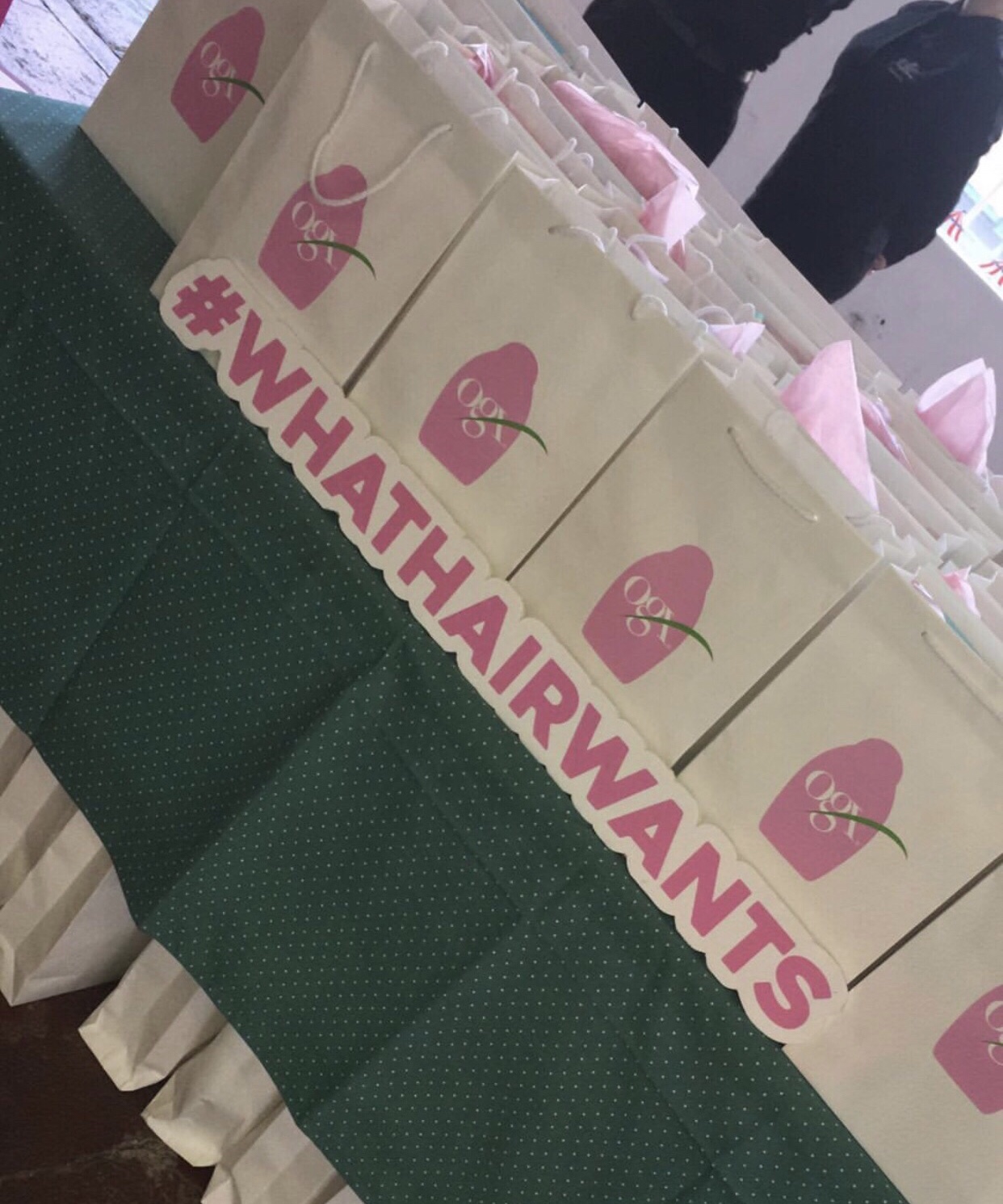 The OGX range of salon inspired shampoos, conditioners and treatments is available in Ireland from supermarkets and pharmacies nationwide now retailing at €9.89 RRP.