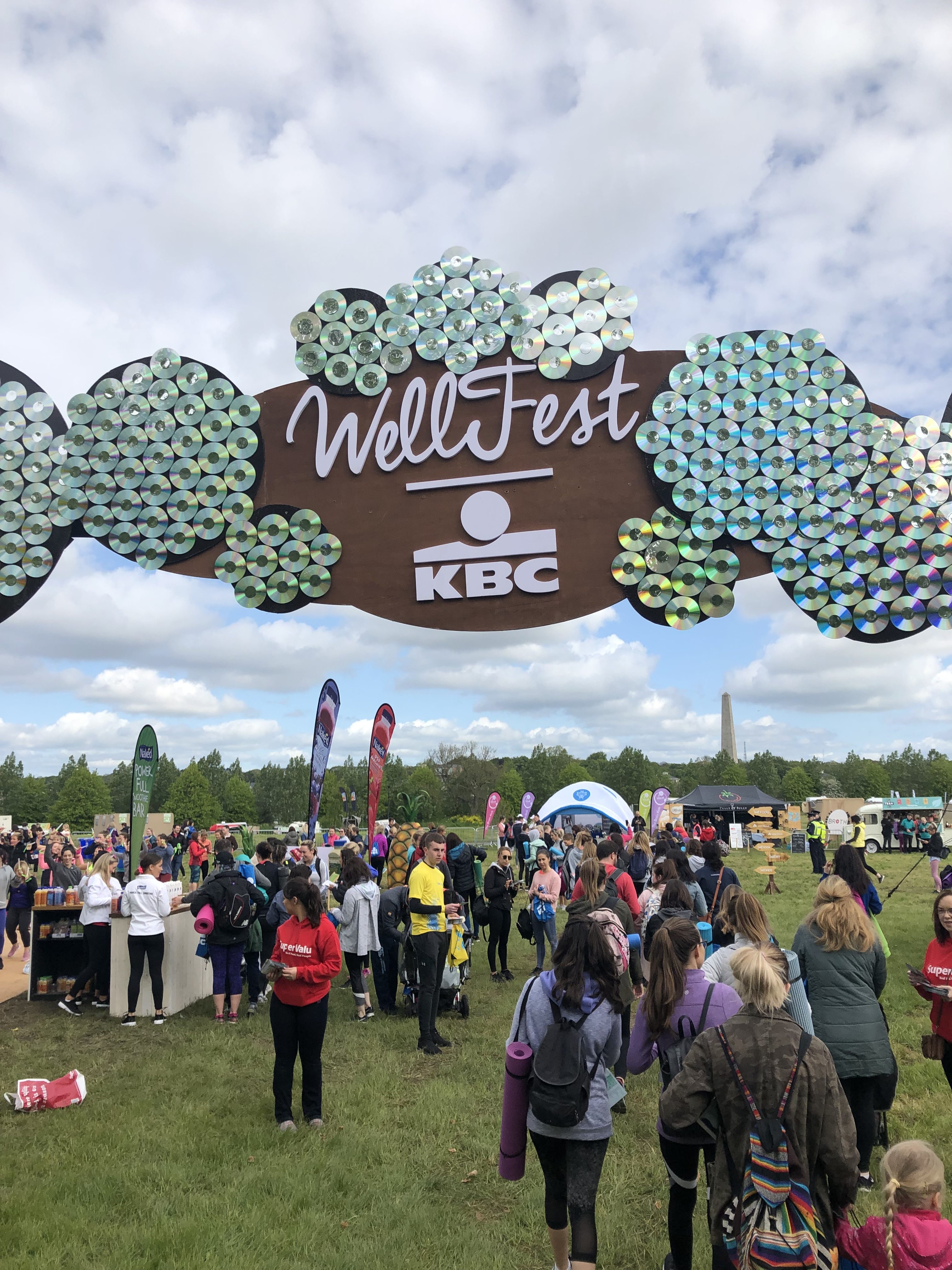 Over the weekend I decided to broaden my knowledge of all things #Fitfam and buy a last minute ticket for Wellfest which was held in the Royal Hospital Kilmainham. I went along with my friend and client Ian Byrne who recently started his career as a life coach and set up his own company called Optimeize but more about that for a later post!

When I was younger, I was extremely allergic to sport and any sort of physical activity both in and out of school . It got to the point that it was a running joke with my friends and anyone else who knew me that I would rather walk and be late for something than run and be early/on time for something. I had this attitude towards anything physical up until I was around 17/18 when I slowly started to care more about what I looked like. This was made harder by the perma-tanned washboard ab instahunks we’re conditioned to think are the only way you’ll be attractive to someone but rather than go to a gym and be surrounded by people like that, I did the opposite- I’d eat shitty foods, not really care about exercise and hope to god that the tight fitting top I’d buy would look good and not make me look bigger than I am/thought I was.

I’ve slowly started to change this attitude and set myself some realistic goals that suit my both my body type and lifestyle. After doing five workout sessions over the last month, I decided I’d go along to Wellfest to expand my knowledge of the industry and hopefully see exercise in a different light as to the one I’d been seeing it in previously.

For this if you who I don’t know, Wellfest is Europe’s largest health and wellness festival and is designed to bring people together with the best fitness experts, exciting new forms of movement, global yoga sensations, psychology and mindfulness practitioners, talented foodies, qualified nutritionists as well as the latest health and wellness brands.

Over the weekend, there was over 150 guests and speakers spread across 15 stages dotted around the lovely grounds of the royal hospital in Kilmainham. 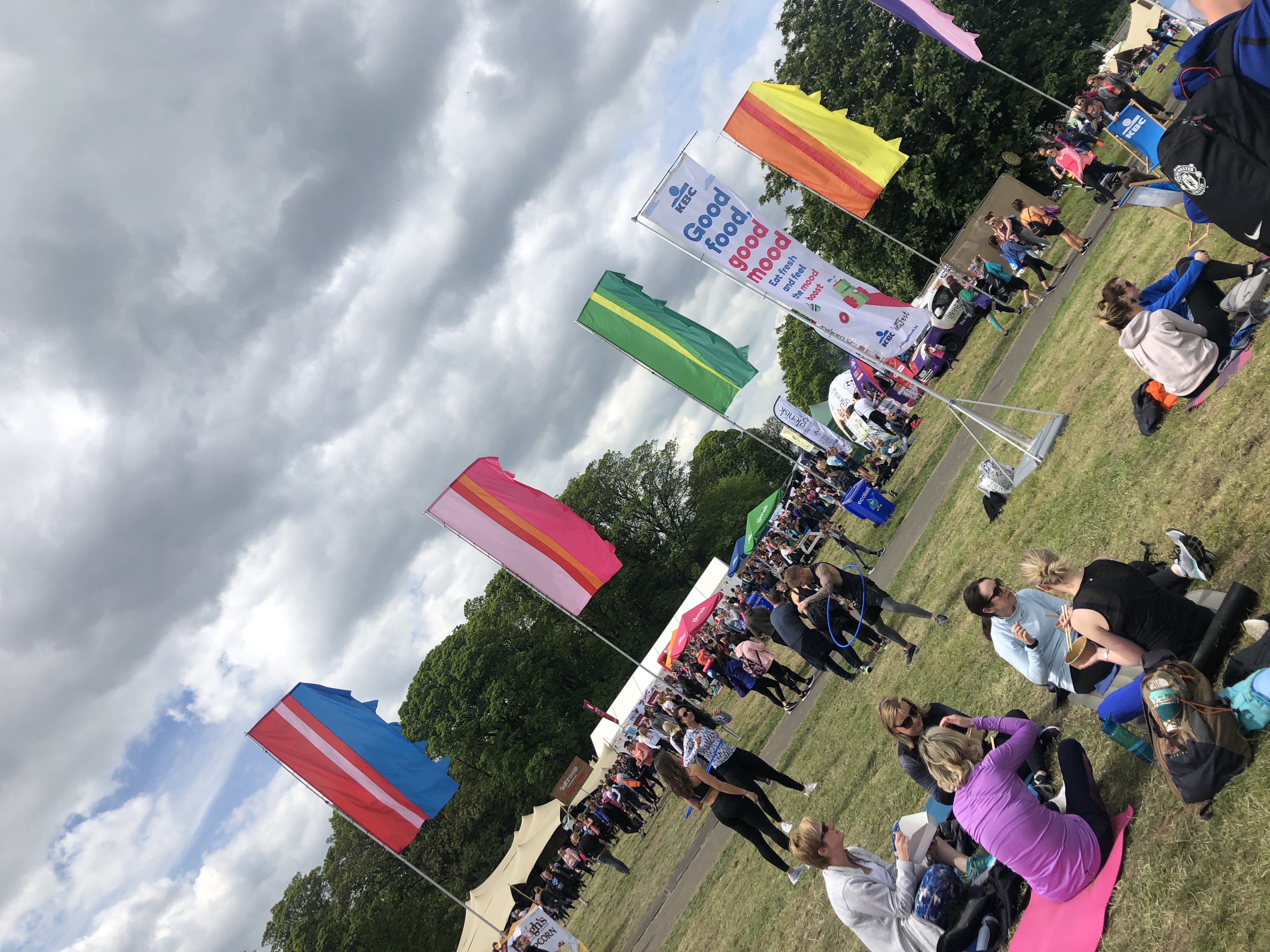 I started the weekend with going to a talk in the WellTalk tent about Symprove given by Barry Smith who is the chairman of Symprove. Barry was joined by blogger Ellia Mills, nutritionist Eve Kalinik and Angela Scanlon who was hosting the talk. Barry gave an interesting insight into how he came up with the concept for Symprove and how it all started from what he observed feeding his animals on his farm. Having used Symprove and loved it, I found this really fascinating! Hearing fellow blogger Ella Mills and Eve Kalinik discuss both their own experiences and benefits of Symprove. 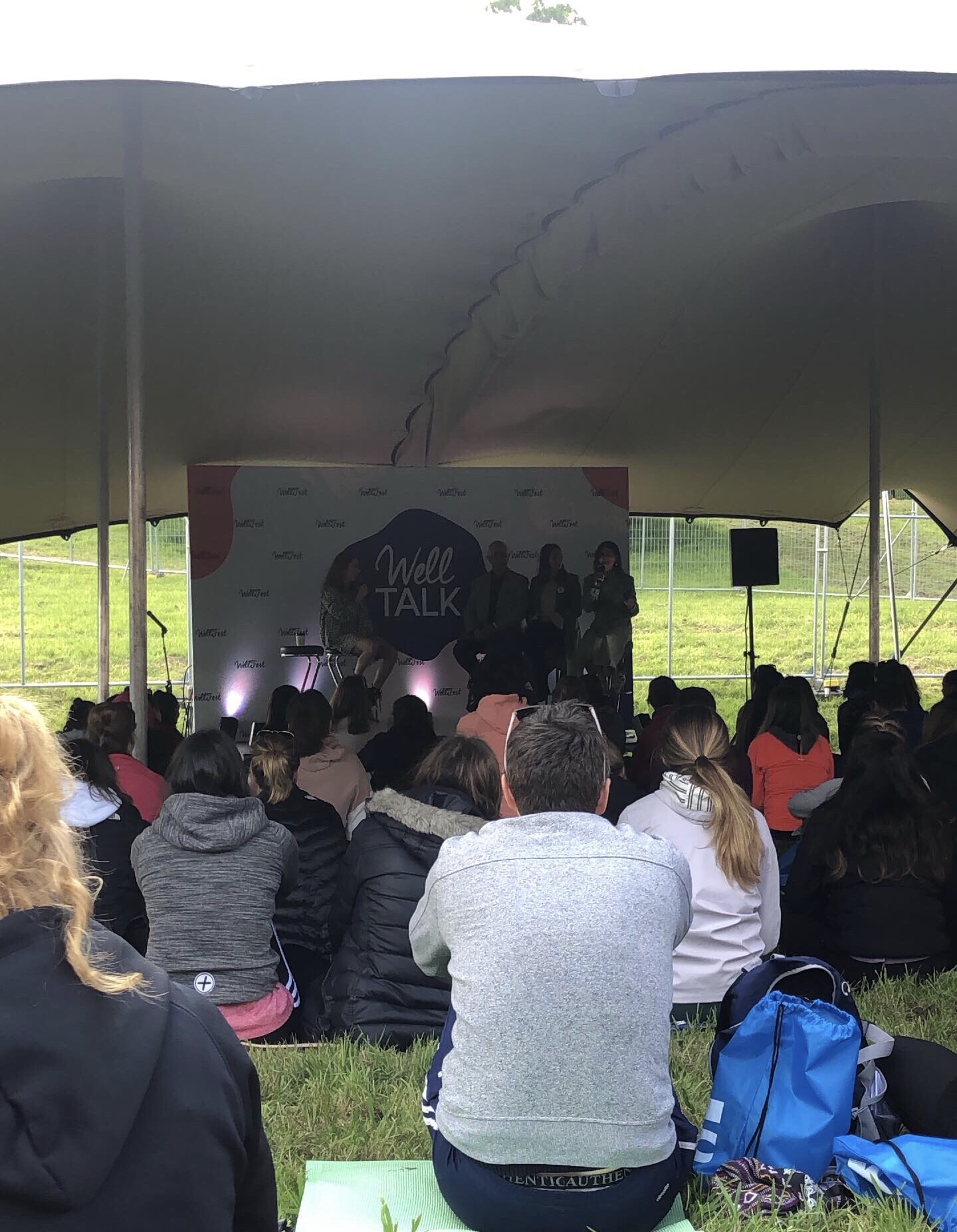 While I was waiting for the next talk to start, I spotted the glamorous Aoibhin Garrihy in the crowd and had a great chat with herself and her husband John about health and wellness and how much it means to both of them. It was lovely to hear from people who had an active interest in their health and weren’t just another high profile person paid to be seen at an event. 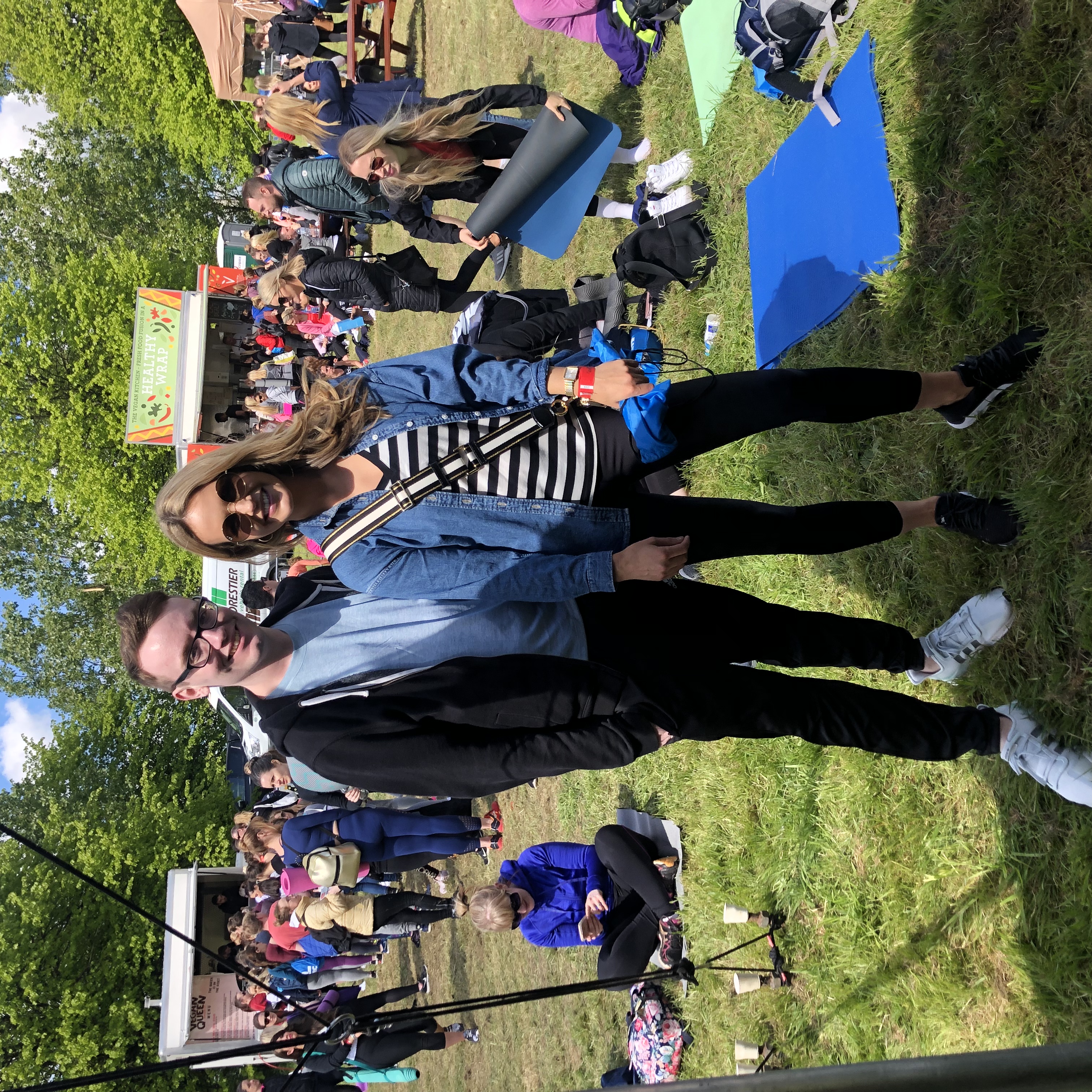 The next talk I went to was by former lawyer and current PhD student Alan Flanagan who separated fact from fiction and gave a humour filled talk about the nocebo V placebo effect and how they compared against each other. Although Alan’s talk was full of knowledge on nutrition, it was the fact he included humour in his speech that made me really tune in! 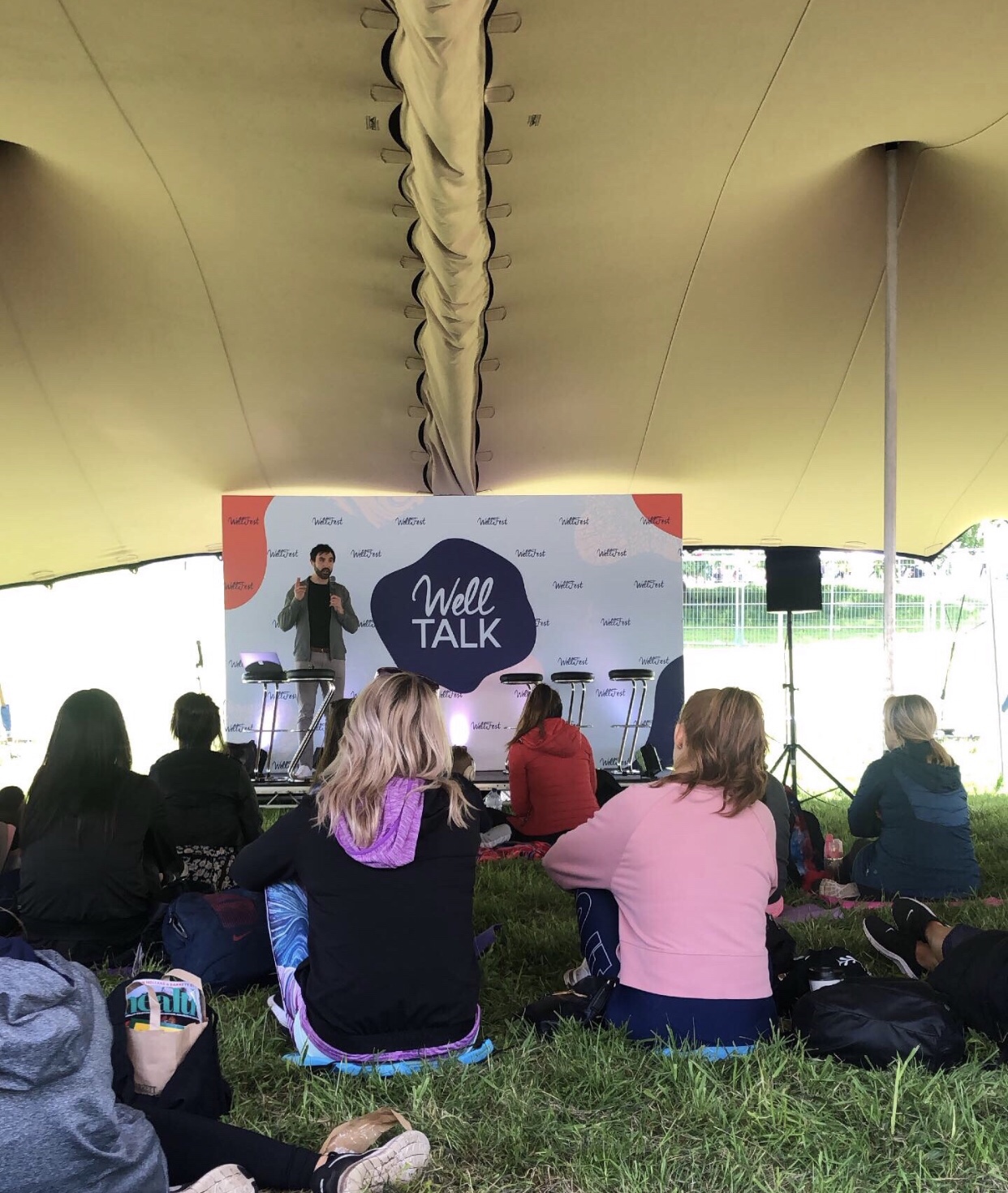 Speaking about the use of humour, I managed to catch the last bit of Jennifer Rock AKA The Skin Nerds talk and learned SO much! Am I the only one who didn’t know that the higher an ingredient is listed on the back of a product that there’s a bigger percentage of it in the product?? Jen’s talk was hugely insightful and packed full of both humour and facts. You get a feeling that Jen truly does love what she does and really believes in helping others look after their skin. I was lucky enough to talk to Jen after and found out what Jen has in-store over the next few months and I just know this next chapter will be super successful! 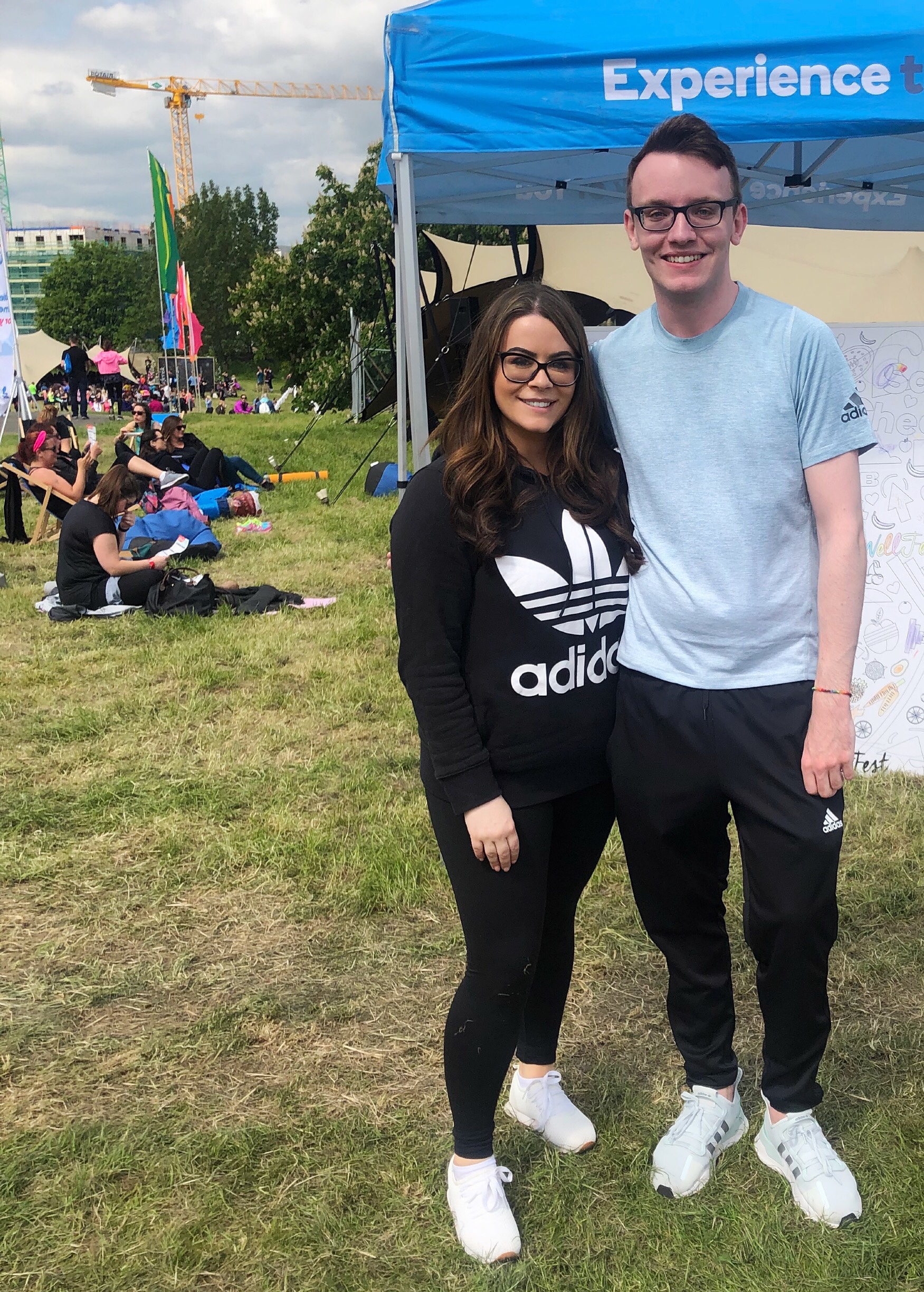 I really enjoyed my time at Wellfest and will definitely be going back next year!

I bought the weekend ticket which I thought was a little pricey but when I thought about it, you’re getting all the classes and talks included in that so when you think about it, 78 euro is an absolute steal!

I really liked the fact that when it came to the classes/workouts, it really didn’t matter whether you were a complete fitness novice or dedicated gym bunny – everyone did the same workout at the same pace and most of all had FUN which was really refreshing to see! 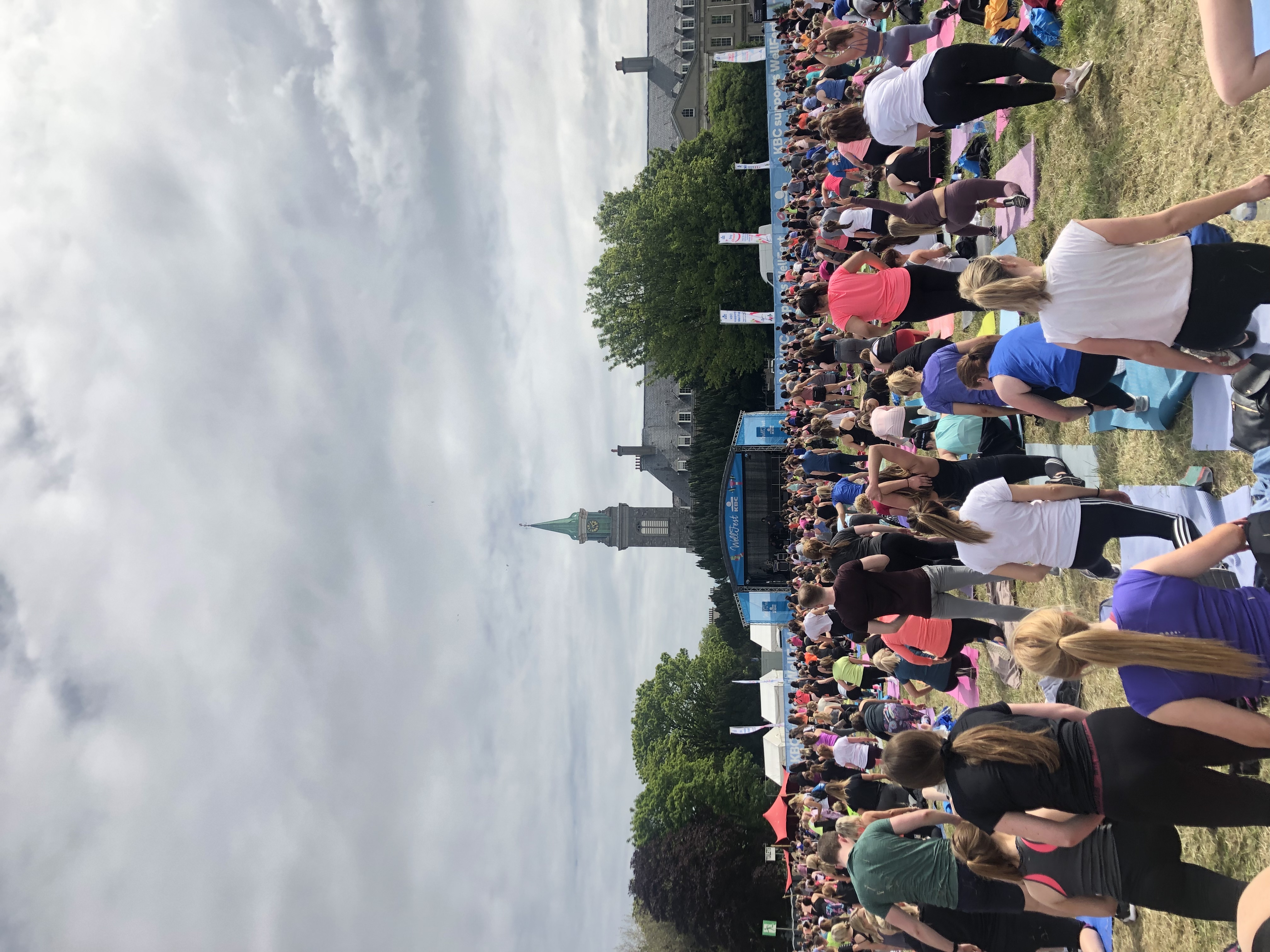 I spent the rest of the weekend having a look at what classes were being held across the various stages and stalls held by various brands that were there as well as catching up with old friends and friends from college too!

I would highly recommend going to Wellfest next year whether you’re already in total gym bunny mode or are just starting your fitness journey like I am!