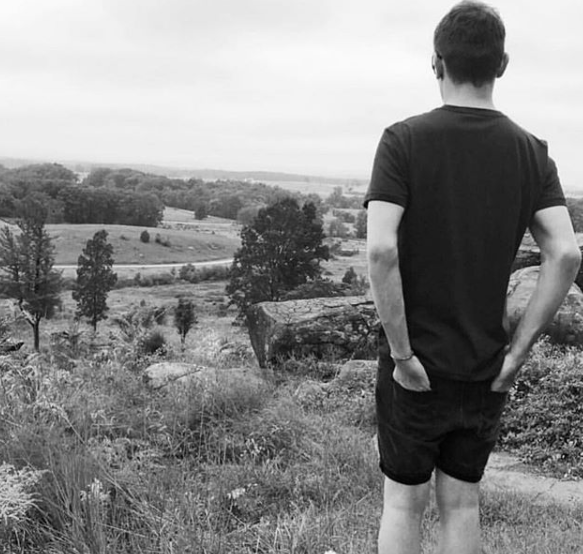 With the online world often being a vile, negative and dark place I figured I’d share the accounts that I follow that do their best to combat this cyber darkness!

Since taking a break from her career helping the homeless in Dublin, Sarah has focused full time on her blog which includes everything from the best dog friendly cafes and restaurants in Dublin to her latest fashion finds and beauty trends she’s loving at the moment. Sarah also shows her loveable black staffy Stanley who is the CUTEST and neediest dog online! You can follow Sarah’s Instagram here

Sarah’s event posts have been an absolute godsend for me when I’ve had friends visiting or have a date planned but want to do something a little different/more interesting. I’ve had the pleasure of meeting Sarah at events and on nights outa dn I can assure you she’s as nice in person as she comes across online! Following Sarah is something I wish I’d done sooner! 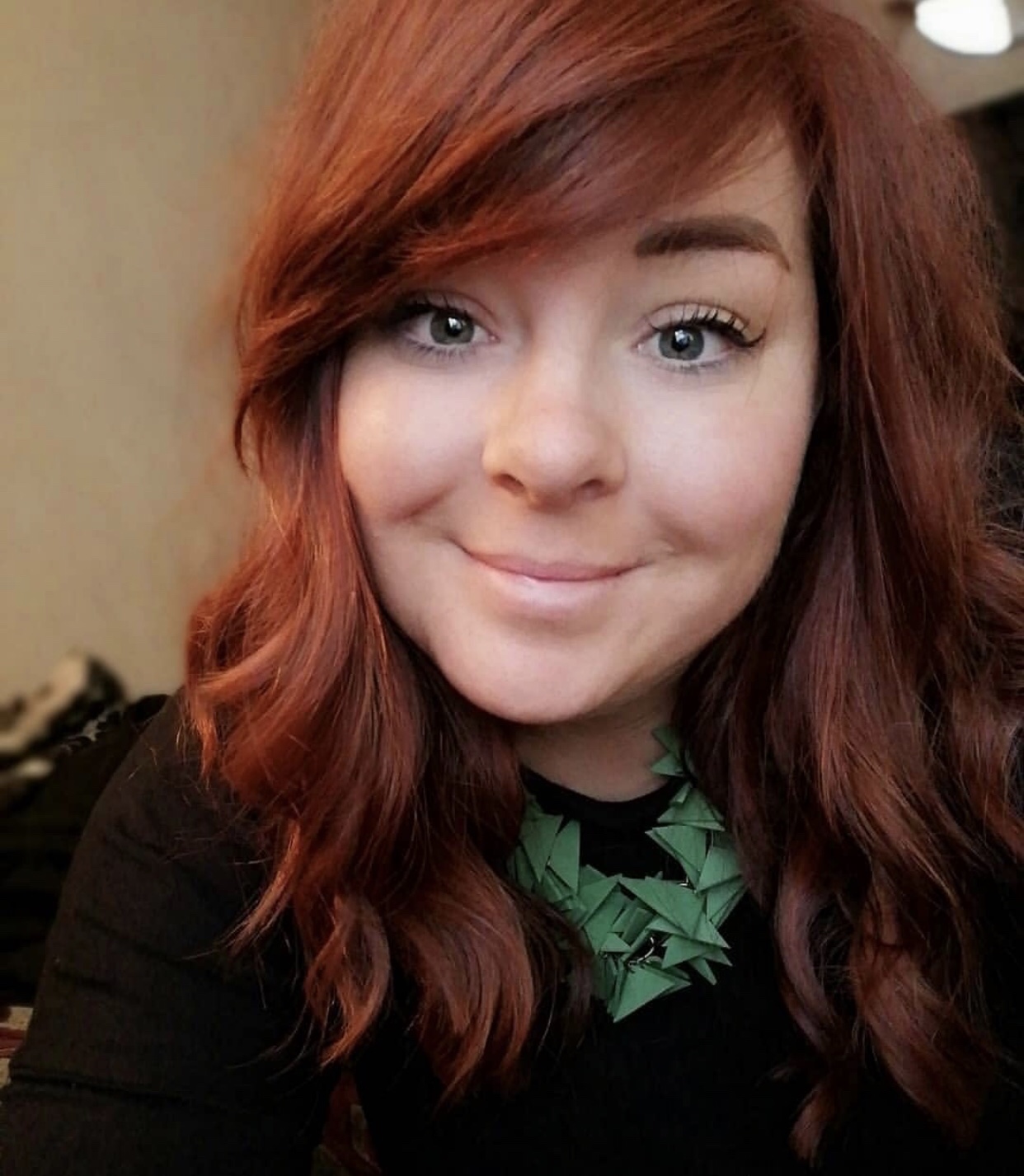 Since losing over 80% of her hair to Alopecia two years ago, Claire has shared her journey through everyday life. Claire ‘fame’ started on Snapchat but has since moved over to Instagram. Claire is hilariously honest about everything from her kids being funny little shits to her vaginal health (If you get a chance, ask her about the chair incident. Anyone who follows Claire will know what I’m on about hahaha!)

I started following Claire after a friend told me and I’ve been glued to Claire’s Instagram whether she’s showing her kids tormenting her or her ICONIC drunk sing along sessions with her husband Ian in their kitchens at night with a few cans.

Claire’s also not afraid to say how she feels – there have been times when Claire has come onto stories and broken down in tears because of how she’s feeling and it was this honesty that made me respect her so much. Her story has also inspired me to tell my own story of how I went through a pretty shit time (to put it lightly) and put it on my social media and after doing so, I felt so free and happy and this is something I can never show enough gratitude for! Catch Claire’s hilarious rants about shitty influencers and her all round gas craic with colleagues by following her Instagram. 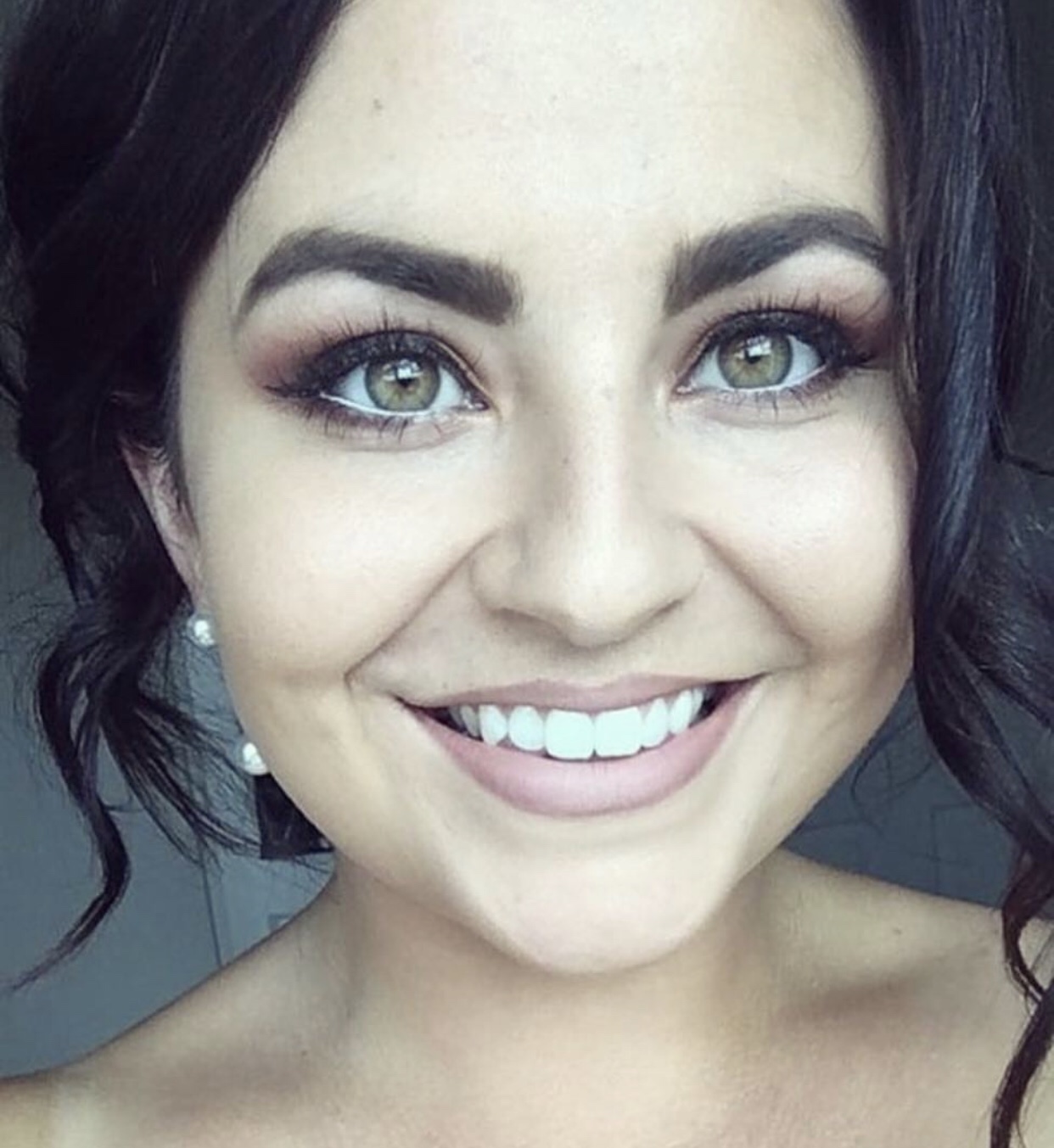 Pamela (or Payonce as she’s known on Instagram and Twitter) is an aspiring DJ and all round funny gal from Galway who, for the next few months, can be heard on the early morning slot on Today FM. Pam’s content varies from showing her hilarious mam watching TV or on the phone to her spot on impressions of Cardi B and other moments like the lovely state her tan was left in after she cried during A Star Is Born.

Before I followed Pam, I remember watching her HILARIOUS Youtube Videos of an Irish mammy on holiday which was about a million years ago in Internet years. Although these videos no longer exist, Pam did a two part mini-series on RTE and some comedy videos for Dublin Airport. 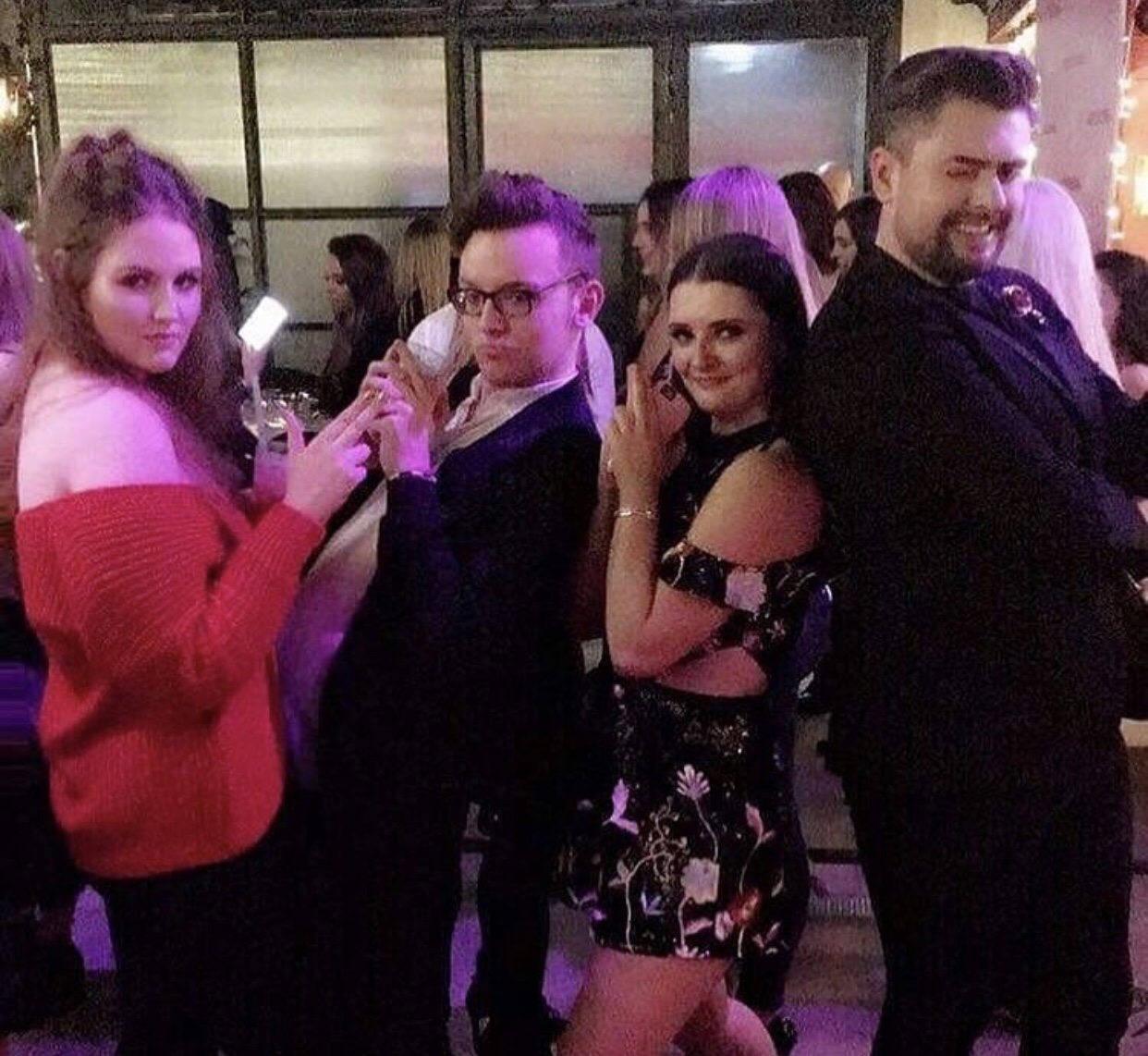 Now if you’re not following James then you are SERIOUSLY missing out!

James started out as a fashion blogger and has carved out quite an impressive career as one of Ireland’s much loved personalities. James’ content these days include his FAB outfits, hilarious videos of his mam, Veronica ‘Fron’ , sharing funny footage of friends , make up guru Mark Rogers , bestfriends Cormac and Clem. He also shows funny photos and videos of his sister Vanessa. Following James was easily one of the best things I’ve done since I first joined Instagram.

James is also the backstage reporter for Dancing With The Stars Ireland and can regularly be seen looking like the glam bitch that he is in colorful socks, one of his many fab statement blazers as well as the odd cheeky festive number too!

I’ve had the pleasure of meeting James at events and on nights out and I can assure you he is an absolute dote and is as nice as he comes across online. I swear you won’t regret following him! 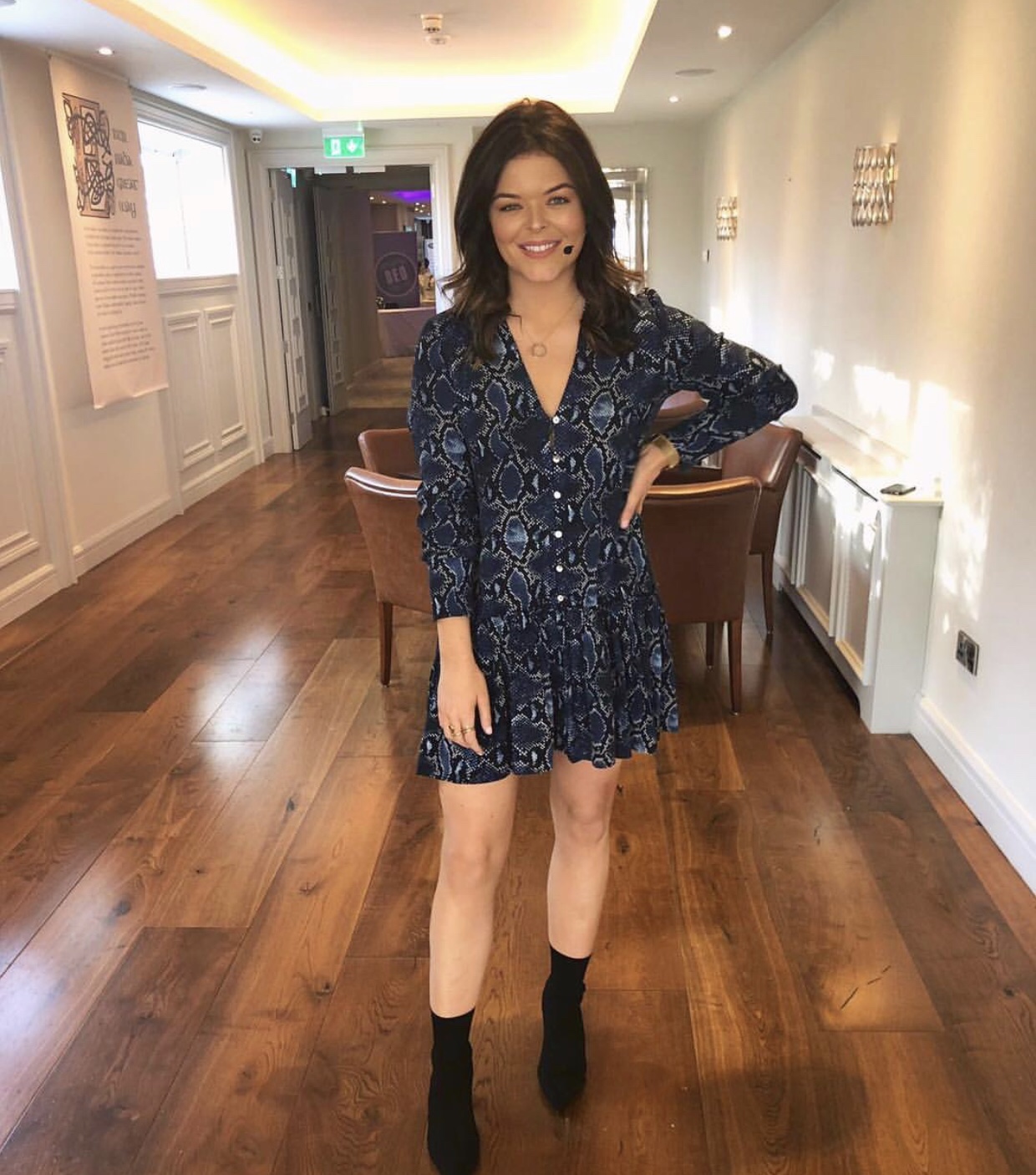 Since rising to fame with a host of impressions of well known irish Influencers on Snapchat, Doireann has done it all, from having her own show on the RTE player to it being commissioned to actual episodes on TV to being the host of the Zoo Crew on Spin1038. Doireann’s most recent announcement is of course becoming the landlady of Ballydung Manor with the two messers that are Podge and Rodge.

Doireann’s daily does of singing its a beautiful day while she’s walking down Dublin’s Drury Street may have died down a little now that she’s no longer on Spin but the spam of her sister’s dog Bobby, her impressions and no shit talking as well as the odd bit of motivation and self-help and her iconic mother Claire are all reasons why I follow her and you should too!

I hope you enjoyed that little look into who I follow and hope you’ve come across some people you didn’t previously follow.