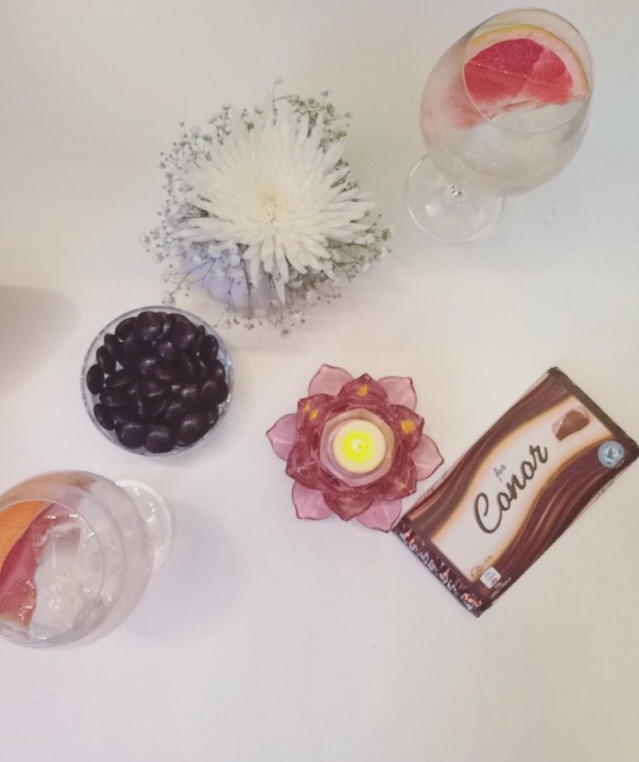 As I’ve previously mentioned I’m doing a Marketing course in college. Before I started this course however, I had previously completed two internships during the summer of 2016 – one in an International advertising agency and the other in an Irish entertainment and showbiz website.
I’ll talk you through how and why I got my internship(s) as it will help you a heap depending on your desired career path.
Back in 2016, I did a college course that I thought was for me but actually wasn’t . Once I had decided that Marketing was what I wanted to study and that Public Relations was the area I wanted to work in , I set about asking people who I knew in the industry the absolute ins and outs of it. The information I got back was probably better than anything I’ve ever gotten from a book or website. I was told that many people want to work in PR , in fact more people than there are jobs and that the sad reality was that if I wanted to work in the industry, I’d have to do internships for an unknown time before I would be able to get a proper paying job. So with that in mind, I googled marketing and PR companies and eventually over time I heard back from some, had interviews arranged and also didn’t hear back from the majority of them… . One of the agency’s that got back to me referred me on to a friend of hers in another agency who was looking for a PR intern and after a short , informal interview I got the internship in what I now know is a worldwide company with offices in California, Paris and London.
During my brief time there, I got a complete insight into the PR world and learned that no two days are the same. For example, one day I was putting together press packs of a new product from a well-known biscuit manufacturer to be sent out to agency/radio stations/journalists while the next day, I was searching the internet for uniforms for an amazing project that is to date one of the coolest things that I’ve been a part of. Sadly, I was told that since it was a quiet period I was no longer needed and finished up after a month . Despite the fact that I wasn’t there for so long, I have learned so much and looking back, I was extremely lucky that I hit the ground running in such a fast paced industry.
So after this, I decided to take a month out and actually have some bit of a break and went on holiday and just hung out with friends. One day while on Snapchat I saw that an Irish entertainment and showbiz site was looking for a PR and marketing intern so I quickly sent them a message and within two days of that message, I got an interview and also another internship!.
During my time there, I split my time between sending out emails to company’s for advertising opportunities on the website. The other half of my time was helping cover events with the sites reporter and this is where my tiny little gay brain exploded with excitement. Rather then squish all of the cool things I got up to into a tiny paragraph, I’ll do a quick list down below as well as links to the photos on my Instagram for you guys to have a look at! For clarity, I’ll call the first internship ‘company A’ and the second, company B)

Although I only worked a month in company A, the events/projects I got to work on were amazing for someone who just about knew what the letters ‘PR’ stood for…
7up Ice bar

This was probably one of the coolest things I’ve worked on. The ice bar was basically a shipping container that was lined with ice and had a fully functioning (non-alcoholic) bar set up in it. They had a cool area that you could have photos taken and then a bar with the 7up logo carved into it. As well as cutting god knows how many slices of limes, I also had to run around town and spend crazy amounts of other people’s money on ridiculously expensive things (I spent 95 euro on a bow tie…) and also had to run from literally one end of town to the other to get 5 pairs of the same shoes as well as other bits of uniform for the staff in the bar…
Caffe Di Milano Biscuits

For this project, I had to run around probably every Dunnes Stores on the southside of Dublin and buy medium-sized wicker baskets and put together a press pack to be sent to journalists/people in the media. Seeing these people share photos of the deliveries on social media kind of made me proud knowing that I spent time putting them together!

Now, Company B is where the excitement really starts to kick in! During my time here I did everything from a cookie launch to the launch of RTE’s Autumn Schedule.
Paleo Cookie Launch

Probably one of the first events I covered was the launch of Paleo Cookies and as well as getting free samples of these cookies, I also got to meet the absolute hunk that is Ryan Thomas from Coronation Street. Seeing a group of people turn up and seeing the buzz in the cafe was amazing and this was when I knew that PR was what I wanted to do with my life.
Dublin Fashion Festival 2016

The Dublin Fashion Festival runs from the 5-11 of September every year and to celebrate this, they hold the launch in city Hall and use clothes from local shops in the area, both independent and high street chains. This was the first time I was surrounded by people like Brendan Courtney, Darren Kennedy and people such as Joanne Larby and Suzanne Jackson, people who I had, up until then, only ever watched through my phone. To say I was loving life was an understatement (and the goodie bags weren’t half bad either) I even walked away with a cool share size bar of Galaxy with my name on it!

So to end this, I’m happy to say that I’ve recently received another internship at another PR agency who represent some pretty big clients so no doubt I’ll have more exciting experiences to tell you guys about so keep an eye on my social channels which I’ll list below!
Til next time,
Conor xo
Twitter: Nagginsnnotions
Instagram: Nagginsandnotions
Facebook: Nagginsandnotions
Depop: Nagginsandnotions